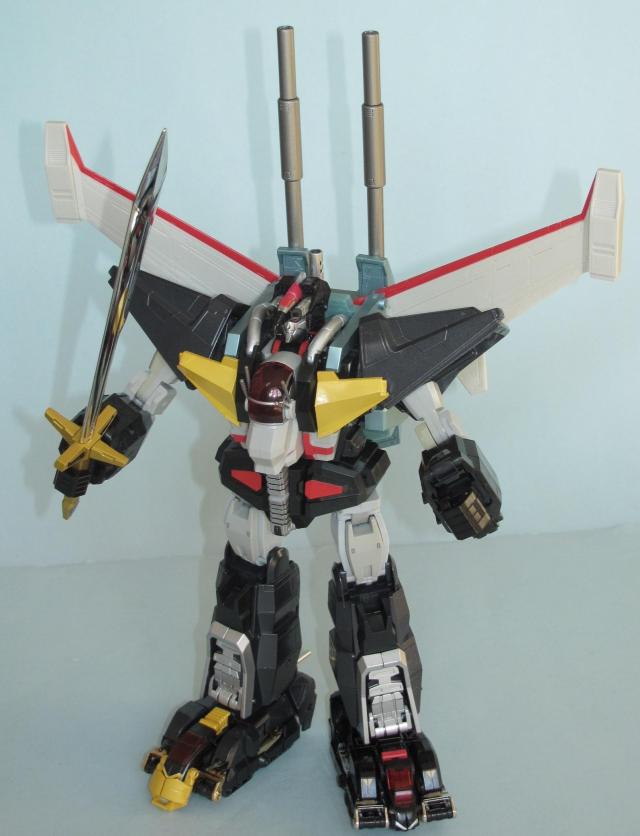 Dancougar in all his glory. Praise be…

Super Bestial Machine God Dancougar is an anime from 1985. In its 38 episode run, it portrays the invasion of the Earth by an alien race and the fight of a handful of plucky, high-tech resistance fighters. While this sounds rather stock, there are several things that make Dancougar stand out. For one thing, the members of the CBF (Cyber Beast Force, the resistance force I mentioned) don’t only beat the aliens and drive them from the Earth, they even take the fight right to the enemy homeworld, and destroy the aliens, and their Emperor at their source!

Dancougar is all about growing up, and evolution. The members of the CBF are more than just stock “giant robot pilots”; we actually get to see them grow and change during the series. In addition, the mecha they pilot also change; they start as vehicles, gain the ability to turn into animals and then, later, even master the “evolution” into humanoid weapons systems. However, what do you get when you “Go beyond beast, beyond man, to become… a god!”? The answer is you get the combined form of all four mecha, the mighty Dancougar!

Now, as a note, while the machine is generally referred to as “Dancougar”, it is more correctly spelled as “Dancouga”, a translation of the symbols that make up its name. These translate roughly into “The self is emptied, the material world denied…” It’s all very Zen, actually, and the idea of combining people’s will and consciousness and considering that to be a God is interesting from a metaphysical standpoint. However, the point here at The Sprue Lagoon isn’t to debate religion or spirituality or any of that. The goal here is to ADMIRE GIANT ROBOTS!

Long ago, there was a toy made of the Dancougar. It was lame. I have one part of it, and a Google search of “old Dancougar Toy” should net a pic or two of that old monstrosity. It looked nothing like Dancougar, and was the best they could do back then. However, in 2002, Bandai released an all-new Dancougar replica as part of their “Soul of Chogokin” line. This line looks to recreate the feel of old-school robot toys that were heavy with die-cast metal, while retaining the design and manufacturing sensibilities of today. it is amazingly successful, and GX-13, the Dancougar, is the biggest and coolest of them all.

I couldn’t afford one when they  came out, however, my brother was able to snag one for me a couple of years ago when he found it for sale on the internet. I got Dancougar for my birthday, and it’s a present I’ll never forget!

The Dancougar comes, like all great robot toys, in a giant block of styrofoam. This consists of two trays, one holding most of Dancougar, the other holding the massive jetpack.

Like all good robots from the 1980’s, the SoC Dancougar comes in styrofoam. Keep your green-leanings out of this; you all know styrofoam is the ONLY appropriate packaging for a toy this cool!

There are four parts to Dancougar: the Eagle Fighter, Big Moth (WTF? It’s a mammoth, don’t ask me about where they got the name…), Land Cougar and Land Liger (yes, Liger, part lion, part tiger).

Click on the hyperlinks above each piece to see a review of each machine in each mode!

Eagle Fighter: The smallest mech in the set, and Dancougar’s head. 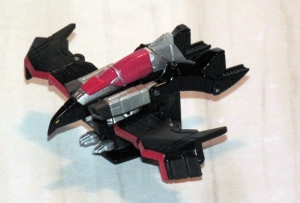 Big Moth: The biggest mech in the set, and Dancougar’s main body.

Land Cougar: A mid-sized mech that balances firepower and mobility; it forms one of Dancougar’s feet. 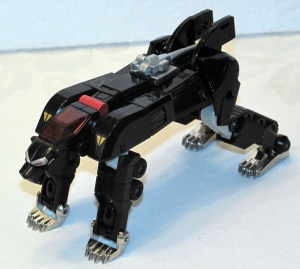 Land Liger: Similar to the Land Cougar, but with one more barrel in the turret and a goofy mane; it forms the other foot. 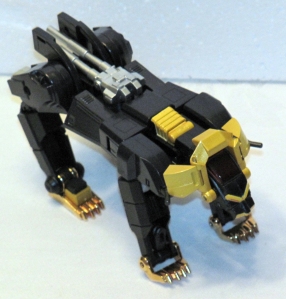 Dancougar: The Super Bestial Machine God himself! The combined form of all 4 CBF mecha, this dimension-hopping titan cannot be stopped, period. He also weights a ton. 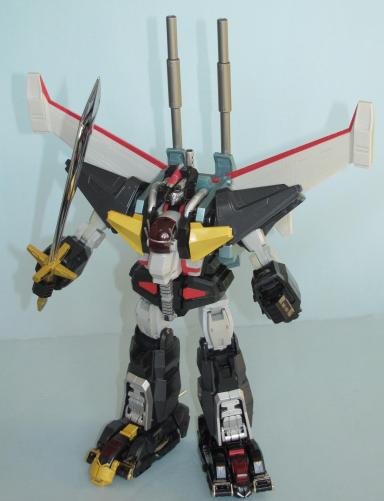